Muay Thai, is a well known form of martial art, is also the national sport of Thailand. Nevertheless it is enormously popular in the U.S, particularly in Maryland, Virginia and Washington DC. This sport is usually held in a ring, very similar to the Boxing arena. The competitor uses kicks and severe punches to outdo their opponent. Muay Thai or Thai boxing is also called the “art of the eight limbs” for the reason that it mainly makes use of the knees, elbows, hands and shins. In addition to this, they also make use of the arms and legs. Extreme muay thai training is required to master this sport. 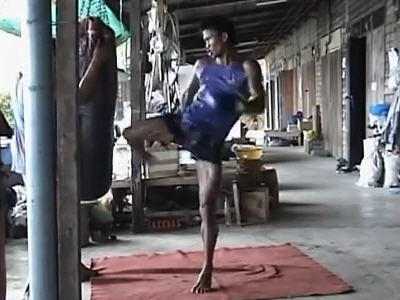 Well, muay thai training has no boundaries. You learn something new as you teach.  Muay Thai has now turned out to be the most sought after combat form during mixed martial arts competitions. Hence, Kick Boxing has developed even further to take in some of the outstanding and remarkable techniques used in boxing. It is to be noted that the majority of the techniques in MTB use the rotary motion of the complete body when delivering the forceful kick or punch. Hence, it is essential to understand that for the steady and continuous rotation of the body, much importance during training should be given to the development of the abdominal muscle strength. 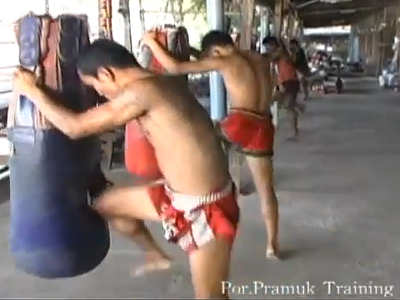 What does Muay Thai Training Utilize?

Thai boxing training utilizes simple crosses and circular blows as a part of their striking techniques. The elbow is considered as the best efficient striking weapon in numerous ways. One among the most common ways to make use of the elbow is to strike the opponent hard on the eyebrow; the skin here is close to the bone. A single strong strike can split open the skin, causing the opponent to bleed profusely. This sudden attack and the blood flow can weaken the opponent’s vision, thus causing your opponent to lose focus and to think about being hurt, or the potential of being hurt again. Such elbow moves are very common and these moves can be used as an effective means of blocking strikes by an opponent.

About Teh and Teep

The Teh and the Teep are the well known favorite kicks when you go for muay thai training. The Teep is a foot punch, whereas the Teh is an angle kick, a revolving move using the whole body. The force of the kick is from the fast revolving motion of the body and frequently a counter rotary motion of the arms and upper body is used to amplify the force of the kick. Knees and feet are also used in Muay Thai. Learning Muay Thai in order to develop and improve the abdominal muscle strength form an important part in martial arts training. Above all is learning these techniques from a competent and skilled arts instructor in a qualified school.